On the 27th of October Southern Dirt held their Annual General meeting at the Kojonup Sports Complex. We welcome new board members Alec Smith and Wayde Robinson who will be an asset to the group. Thanks to the out going members Barbara Dunnet (Treasurer) and Mark Allington. Honorary Life memberships were awarded to Lynley Anderson and Paul Omedei for their significant contribution to Southern Dirt over many years and have supported and helped with the development and operations of our group.  Thanks to all the members who attended.

With the changes to the Strategic Direction of Southern Dirt – we would like to gather some feedback from our members on what you would like to see for the group moving forward into the 2022-2025 period. A survey will be sent out in the new year to all members and it would be great to have your opinions. This information will help with the development of the new Strategic Plan that will guide the group into the future.

Thirty years and 2 months ago Colin Black, his wife Kathy and young daughter moved to Kojonup to work for the Kojonup tyre service. He thought it would be an easy gig compared to shearing. As a tyre rep, he was on the road with visits to farms and houses outside of the Kojonup centre – replacing tyres on anything and everything from wheelbarrows to earthmoving equipment, before moving to the Tyre service centre on the main street.

He has a love of motorbikes and told the story of when he and some mates took their bikes to the Tambellup Bike show – He on his 1982 Ducati 900, mates on a Honda CVR and Harley Davidson. After the show they decided to head to the Broomehill tavern for a beer – they parked up side by side and found the tavern was closed. His mate got off his bike and it fell causing the others to domino. No damage to the bikes but they definitely needed a beer after that.

He would have seen a thing or two in his time in town with some cracker stories to tell. Some of you may have seen his collection of hand drawn maps which he would put together to make sure the field service staff made it to the right place. 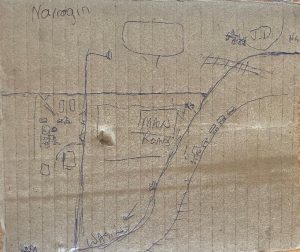 Blacky has helped many a local and traveler with an unofficial 7-day service always there to get people back on the road or on the job as quick as he could with a smile on his face. He has only had one month long holiday in the past thirty years and is looking forward to having time to travel, fish and spend time with his grandkids and even to ride his motorbikes.

Thanks for your service to Kojonup Blacky and Kathy and all the best for the future.

Would you like to share a story about one of our locals? Get in touch with Adele eo@southerndirt.com.au

It has been a “stop start” harvest across much of Western Australia as growers battle wet weather and storms in a bid to get this season’s crop off the paddock.As one frustrated grower recently said, the real meaning of the word header is… a machine that attracts rain but that’s been most machines this year! Please stay safe as you work long hours to get this year’s grain into silos.Wet weather has also brought with it late season weed control issues. For strategies to help guide weed control check out the Summer weed management tips for WA. You can also tune into WeedSmart’s latest podcast Controlling late season weeds and driving down the weed seedbank.On the subject of weed control, GRDC’s crop protection team is encouraging growers to get out into paddocks and collect samples for resistance testing as part of this season’s harvest. You can watch this short WeedSmart video where extension agronomists Peter Newman and Chris Davey explain the differences between random and selected resistance testing and why each is important.Are you a grower or adviser who has encountered the redlegged earth mite? Cesar Australia is interested in hearing from you as part of national survey on redlegged earth mite. Your responses will help to increase understanding of current control strategies and to improve how the redlegged earth mite is managed across Australia. The survey is being led by Cesar Australia as part of a GRDC investment (CES2010-001RTX). It only takes 10 minutes. To complete the survey, click here.Growers, advisers, researchers may also be interested in the $50 million National Soil Carbon Challenge and stage one feasibility study guidelines announced by the Minister for Industry, Energy and Emissions Reductions Angus Taylor recently. The National Soil Carbon Innovation Challenge will support development of new and innovative soil carbon measurement technologies. Further information is available at https://business.gov.au/grants-and-programs/soil-carbon-measurement-innovation-challenge. 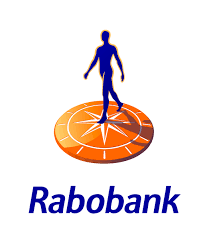 The road to opportunity for Australian canola

As canola prices break records in 2021, Australia’s canola industry has the potential for sustained upside ahead with policies to curb emissions in North America and Europe expected to lift global demand for oilseeds – and in particular canola – through to 2030, according to Rabobank grains and oilseeds analyst Dennis Voznesenski. And this will present opportunities for Australian canola exports.

In Rabobank’s recent report Global Canola Opportunities in the Sustainable-Fuel Future: Is Australia fit and ready? Mr Voznesenski says it will be modest initially, but will grow as a result of the structural shifts in the global industry – namely Canada’s falling exportable surplus in 2024/25 and then from 2026/27 onwards due to the EU’s increasing canola import needs.

“In the current 2021/22 season, global supply of canola has been severely reduced by drought in Canada and by continued heavy EU import demand,” he says. “And this has been benefiting Australia and other exporters.”

Mr Voznesenski says domestic canola prices are starting to break the A$1000 a tonne mark for non-GM canola, while overseas markets broke through that level earlier in the year.

“A substantial lift in global canola production is expected next season,” he says, however, in 2024/25, new Canadian crushing capacity is expected to come online to supply a growing renewable diesel sector across North America, and this will reduce Canada’s exportable surplus.

“Then from 2026/27 onwards, we expect sizeable reductions in the use of palm oil as a feedstock for biodiesel in EU countries as it is phased out to meet the Union’s sustainability commitments. The feedstock gap created will deliver an opportunity for even greater use of canola in the EU.”

Just how much Australian canola, and canola prices, will benefit, however, will depend on a number of variables, he says. These include how quickly the EU phases out palm oil in biofuels and how much Canadian canola exports drop, as well as how much global production grows and what additional sustainability requirements may be placed on Australian canola.

“While the road to 2030 for canola contains many uncertainties, we can be sure the global exportable surplus is on a downward trajectory,” he says. “And this will create opportunities for Australian canola.”

In years when global production significantly underperforms, which it inevitably will, Mr Voznesenski says shortages will result in even greater opportunities.

“However, Australian canola will need to ensure it is ‘fit’ to take advantage of these future export opportunities over the course of the next decade, in particular in meeting the sustainability credentials which will be required in export markets.”

To find out more about other Rabobank research, contact Rabobank Bunbury on 08 9726 7100 or subscribe to RaboResearch Food & Agribusiness Australia & New Zealand on your podcast app.

WHS Act Changes and What you need to know

Are you ready for the new WA safety law changes?
At the commencement of year (2022) Western Australia will some major
changes coming with the introduction of the Work Health and Safety Act /
Regulations.
Safety Solutions WA will be conducting information sessions for business
owners and management detailing the transition from the Occupational Safety
and Health Act 1984 to the new Work Health and Safety Act.

Safety Solutions WA are able to provide an information session that will provide an overview of the new changes and how these will impact on your business.

Some items that will be covered include:

Changes to the Duties of Care onus held by the:

Do you know how well your sheep enterprise is performing? If you’re doing well, but others are doing better, what is it that’s setting them apart? Benchmarking offers you a chance to understand where your baseline performance currently is, compare your results to others, then monitor progress over time, also judging whether you’re improving at the same rate as comparable peers.

AgricUltra – a Kojonup based consultancy – is offering to create an exclusive sheep benchmarking series for Southern Dirt members. There will be 10 benchmarks analysed and reported, including production and financial indicators. These benchmarks have been developed to be a truly useful guide for improving enterprise performance. Reports will be produced for each individual participant, highlighting their own results against the group average, and indicating whether each of their results falls in the top 25%, middle 50%, or bottom 25% of the combined group results. The top result for each category will also be listed, along with its corresponding breed type. All participants will receive a ranking for each category too, but all members will be anonymised.

Benchmarking is never an exact science, but it offers a good indication of where a producer is performing well and where improvements can be made. To be fair to allcomers, results will be calculated using growing season rainfall. Some may remain concerned that there are still too many localised factors, such as soil type and other environmental conditions unique to a particular region, for the results to be truly useful. To combat this, a localised benchmarking group is required.

The total cost for inclusion in the group, including analysis and individual report (and further feedback if desired), is just $250 + GST. Please contact James Macfarlane at AgricUltra on 0447 99 99 02, or james@agricultra.com.au

Results will be analysed and released in April 2022, based on the 2021 season.