The APSIM-Canola model was run for the period 1976-2019 using 44 years of local rainfall and temperature data for Kojonup (high rainfall) and Wagin (medium rainfall) for fixed sowing dates from end of March to end of June. Simulations were for a mid-maturity cultivar (ATR Bonito). In the simulations, each sowing date represents a sowing opportunity and therefore the crop germinates immediately after sowing. It is different to dry sowing. Consequently, in this paper, sowing date is equivalent to germination date.

The optimum sowing window in your area, if frost is not an issue, is from early-April to mid-May. Maximum canola yields are achieved, in general, with sowings from early-April to mid-May at both locations (Figure 1). However, the yield decline with delay in sowing after mid-May is more pronounced in Wagin (medium rainfall) than in Kojonup (high rainfall). In high rainfall locations, the yield response to sowing date is quite flat for a wide period, indicating that there is a long period to establish the crop with expected maximum yields. Early sowings (April sowing) in the area have high potential yields provided frost is not an issue. If you are in a frosty location or a frost prone paddock, early sowings could be more impacted by potential frost. Late sowings have higher chances to be negatively impacted by water stress and heat stress.

The model was run for 2 soil moisture scenarios for each sowing date:

The long-term yield response to sowing time for Kojonup and Wagin for the 2 scenarios is plotted in Fig. 1. 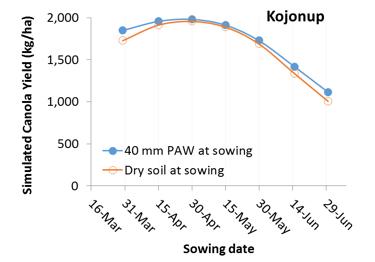 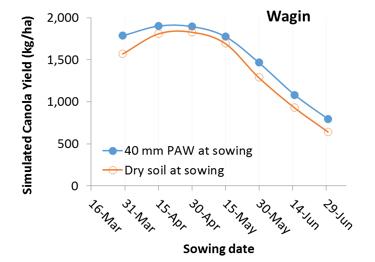 Figure 1. Simulated canola yields for Kojonup and Wagin for sowings from 30-March to 30-June with cultivar ATR-Bonito. Yields are average for the period 1976-2019. Two soil moisture scenarios: 40 mm of plant available water at sowing (full circle) and dry soil at sowing (open circle).

Table 1. Long-term simulated canola yield advantage 40 mm of stored soil moisture at sowing (kg/ha) for Kojonup and Wagin with cultivar ATR-Bonito for fixed sowing dates. Simulations are for the period 1976-2019. 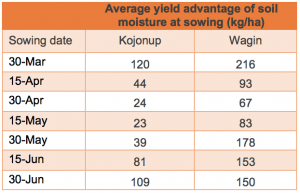 Table 2. Seasonal rainfall (April to October rain in mm) for Kojonup and Wagin in the last 10 years 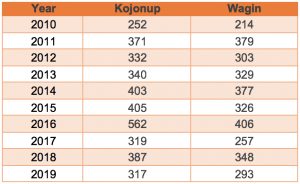 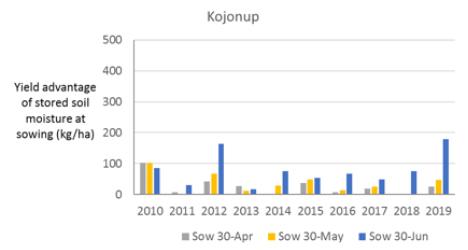 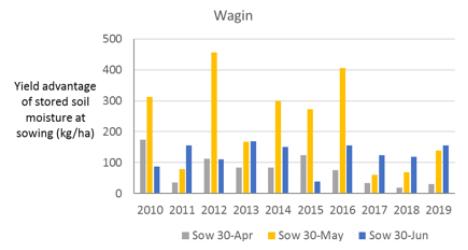 Figure 2. Yield advantage of 40 mm stored soil moisture at sowing in Kojonup and Wagin in the last 10 years for sowings on 30-April, 30-May and 30-June.

Thanks to GRDC funding, DPIRD and Project team  “Expanding Sowing Window of canola and lupins”.